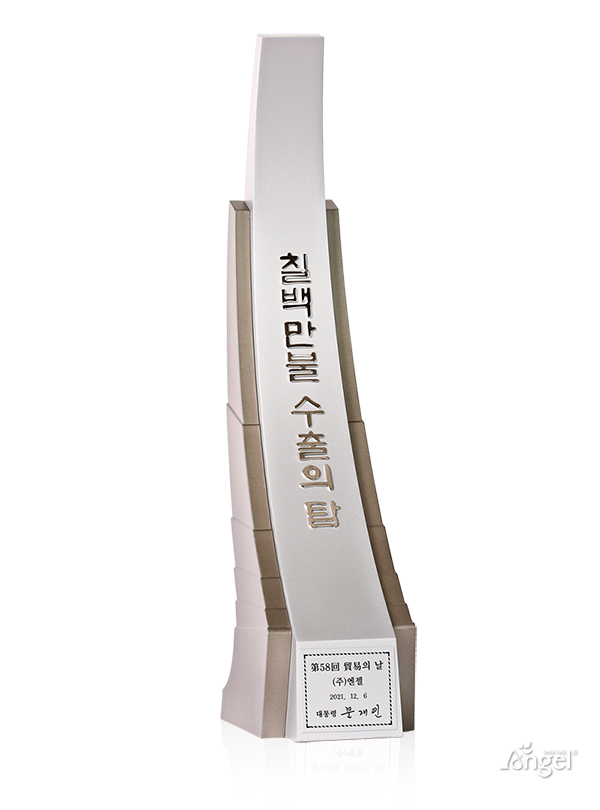 Export Tower is a medal of merit awarded every year on Trade Day to companies that have contributed to exports such as export expansion and overseas market development.

Angel CO., LTD will continue to develop technology and become a company that you can meet in various countries with competitive products.